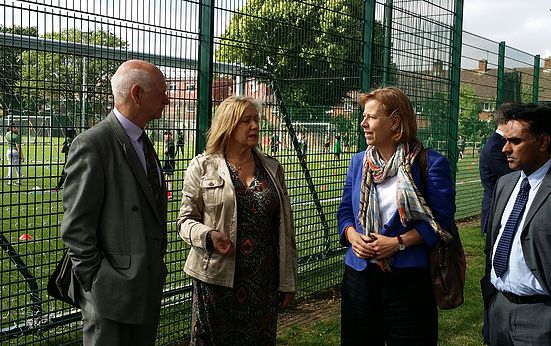 I am extremely disappointed with the findings of the Davies Commission, which this morning has recommended a new third runway at Heathrow Airport.

I have a consistent record of campaigning against Heathrow expansion for many years. Before my election as an MP in May, I led Hounslow Council’s ‘Better Not Bigger’ campaign and secured £25m schools noise insulation, the retention of runway alternation and the night flight regime, both of which were going to be relaxed.

Expansion at Heathrow would mean more noise, more pollution, and more congestion for West London. My constituents have suffered enough, and the alleged benefits of a third runway do not outweigh the very real costs felt by the people of Brentford and Isleworth.

The measures outlined in the commission’s report to bring airport pollution within EU Air Quality Limits are simply unfeasible and unachievable.

This new runway would mean planes flying overhead for thousands of residents in Osterley, Brentford and Chiswick, who had not previously been directly underneath the flightpath. Those residents already underneath the flightpath for the existing runways would see their respite periods shortened from the current half a day. 700,000 people would be living in the noisiest environment in Europe.

The Heathrow proposal is also the most costly. In the current environment of austerity, I fail to see the need to spend such a large sum of money, when a cheaper and privately funded option was available at Gatwick, if new capacity was deemed necessary.

Heathrow is, and can continue to remain Britain's premier airport providing jobs for tens of thousands of local people and the economic stimulus to West London without needing another runway and more flights.

I have heard from my constituents, not just during the recent election campaign, but also during my years as a Brentford councillor, that they have great concerns about Heathrow expansion. I will continue to fight for them and fight against expansion at Heathrow. Though the Davies Commission has made its recommendation, the final decision rests in the hands of David Cameron. Local MPs and elected officials from all parties will continue to lobby him and his Government to do the right thing for local residents. Let us not forget, Cameron made a pledge in 2009, ‘No if’s, no buts, the third runway will not go ahead.’ I plan on holding him to this pledge.