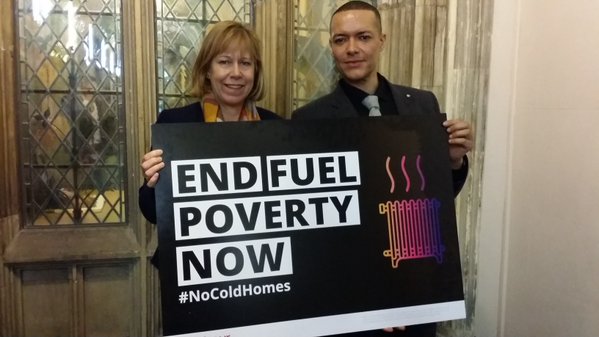 Shocking figures published by the Office of National Statistics suggest that the number of people dying prematurely in winter 2014-15 was two and half times higher than in the previous winter.
The total for England and Wales leapt from 17,460 to 43,900.

The ONS figures show that fatalities in women have more than doubled with people aged over 75 worst affected.

Ruth Cadbury MP said: “The latest figures show the highest number of EWDs since the winter of 1999, with many of these being older people, often living in homes with poor insulation. Yet the government is cutting back on life-saving energy efficiency measures by up to 65%. I believe strongly that everybody has a right to access the basic level of energy they need to keep their home warm enough to live in. With 2.35 million households now living in fuel poverty, it seems that the current government doesn’t agree.”