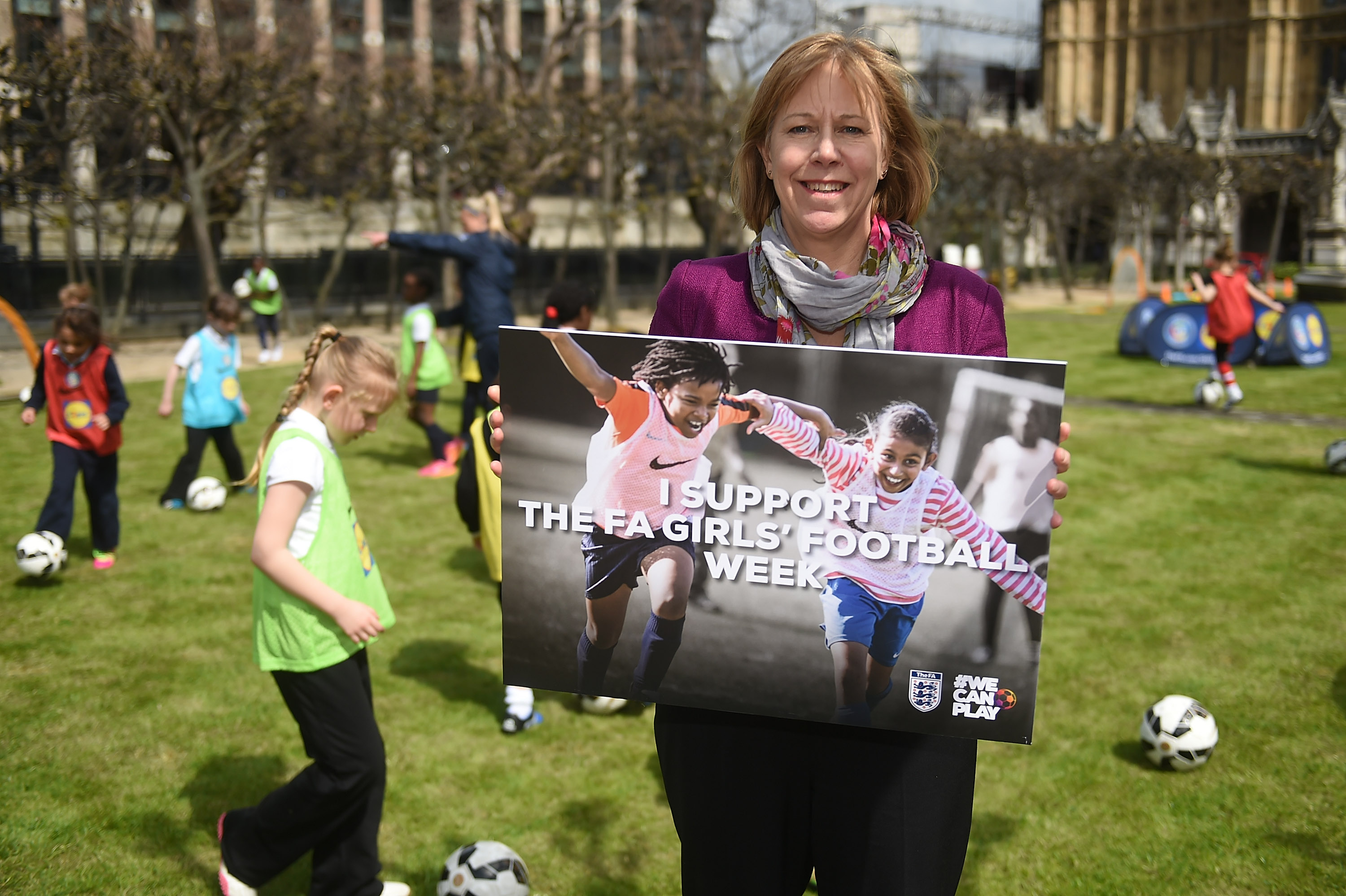 FA Girls’ Football Week has proved a resounding success with more than double the original target of players taking part.

Local MP, Ruth Cadbury gave her support by attending the launch event on New Palace Yard at the Houses of Parliament on Wednesday 27 April, where FA head of women’s football Baroness Sue Campbell announced that around 40,000 girls aged between 5 and 16 will play football as part of this week’s event, with the initial target of 17,340 easily surpassed.

Ruth Cadbury MP backed the initiative and said: “It is really important that young girls know that there is a place for them in all areas of sport, including football. This week has been a wonderful initiative and I am pleased that there are good local opportunities, with both Brentford Community Sports Trust and CB Hounslow United to encourage and support girls football.’

Baroness Campbell said: “These numbers are great news for women’s football and show just how much appetite there is for girls to play the game.

“We’d like to thank all of the schools, groups, clubs, teachers and coaches who have taken the time to put on football sessions and give girls the opportunity to play. Hopefully these will all prove a big success and will encourage organisations to continue to provide football opportunities.

“We know the challenges that are faced with girls’ sports participation levels, particularly for teenage girls where drop-out rates can be high, but initiatives like this are a great way to address some of these issues.

“Girls need to be given the opportunity, facilities and confidence to play and we’re committed to providing these and increasing the number of girls who play football.”

This year there will be a second event in the autumn, following the success of last year’s FA Girls’ Football Week, to further drive female participation. The weeks are being delivered in partnership with Independent Schools FA, English Schools FA, Association of Colleges Sport, British Universities and Colleges Sport, the Premier League and the Football League.

The second week, 10-16 October, will aim at raising participation at higher and further education establishments.

Football is the largest female team sport in England with more than 2.89m players. There are more than 5,900 women’s and girls’ teams playing affiliated club football.