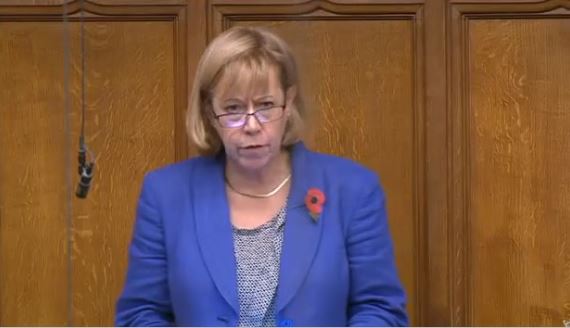 Ruth Cadbury MP calls out Government over cuts to colleges

This week in the House of Commons, Ruth Cadbury MP slammed the Government over the steep cuts that have been imposed upon further education colleges, including West Thames College in Isleworth. £3.3 billion in real terms funding has been cut from the further education budget, with every college losing large chunks of funding.

Speaking in the chamber Ruth said this cut had directly contributed to the sharp drop in students taking technical qualifications in areas such as construction and IT, and called on the Education Minister to get a funding uplift in the upcoming spending review.

Speaking after the Debate Ruth said 'Whilst the Government can keep offering warm words about encouraging technical, and skills-based education, these continued cuts are crippling our ability to train people with the skills employer need.

I know first-hand from visiting West Thames College that young people have such great potential, and hope for the future, but this government is simply failing to invest in their futures.

I very much hoped the Minister would commit to fighting for a substantial funding increase, but all they offered were warm words.''