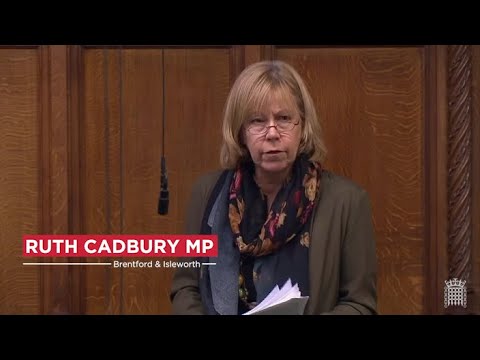 Ruth Cadbury MP urges the Government to reverse the removal of free travel for under-18s in London.

Ruth Cadbury MP has urged the Government to reverse its decision to remove free travel for under-18s in London. Speaking in an adjournment debate that she secured on Wednesday Ruth raised the impact that the proposed ban would have on young people, schools and families across London.

Ruth warned about the damage that removing free travel for under 18s would have, while also raising the disproportionate impact that scrapping free travel would have on BAME young Londoners, and those in poverty.

Speaking after the debate Ruth said:

‘‘During this pandemic it’s simply unfair for the Government to scrap free travel for under-18s in London.

I know from the messages I’ve already received from young people, parents and teachers that scrapping free travel will have a huge impact, especially on families who are already struggling.

With people across London facing redundancies and a loss of work this simply adds another cost for struggling families.

On top of that London has the lowest number of car-owning households in the country and for many young people in my constituency they live miles away from their school- which means walking and cycling is simply not possible.

The Government need to show some compassion and reverse their decision to scrap free travel for under 18s.’’

Notes to Editors. As a condition of its funding support deal for TfL on 15 May 2020, the Government required TfL to “suspen[d] free travel for u18s, subject to discussions in the working group about how it is to be operationalised.” The full text of this agreement can be found on page 63 of this document.