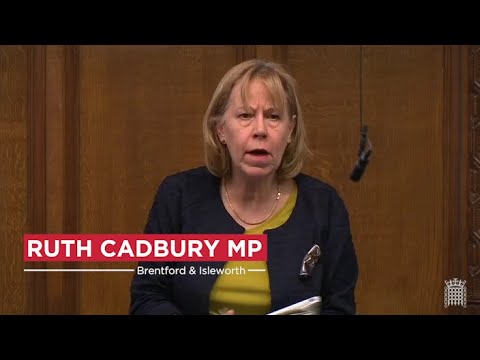 Ruth Cadbury MP has called on the UK Government to take firm and decisive action both at home and on the international stage to tackle anti-black racism.

After the murder of George Floyd in Minnesota widespread protests have taken place both in the United States and across the world against police brutality and structural racism.

‘‘After the murder of George Floyd and the crackdown on protestors across the US our Government should not and cannot remain silent over the abhorrent comments by President Trump; who called for those protesting to face military force.

The attacks on protestors and journalists we’ve seen over the last week in the United States have been shocking. That’s why our Government needs to use its voice on the world stage and call out Donald Trump over his threats to protestors.

I know how strongly people locally in Hounslow feel about this.

Furthermore, I’ve signed a cross-party letter calling for riot gear sales to the United States to be suspended given the apparently illegal way this equipment is being used by US forces. I was pleased to see that the Leader of the Opposition Keir Starmer has also written to the Prime Minister to urge the UK to take further action and stand up to President Trump.

However, it is not enough to condemn what is happening in America without facing up to the awful racism that so many BAME people in the UK still face.

Whether it’s the awful impact that the hostile environment had on the Windrush generation, the discrimination BAME people still face when applying for jobs or the disproportionate impact that stop and search has on young black people in London and across the UK it’s clear we need to do more.

I’ve been particularly concerned about the slow pace the Government have taken to protect BAME communities from Covid-19.  After being pressured into releasing the report that clearly demonstrates the disproportionate number of deaths of BAME individuals from covid-19, the Government still do not have a clear plan of action or a strategy to tackle this.

I will keep standing up to make sure our Government, not only uses its voice on the global stage to condemn racism, but also to ensure that we see the urgent reforms and changes in the UK to tackle structural racism because Black lives matter’’