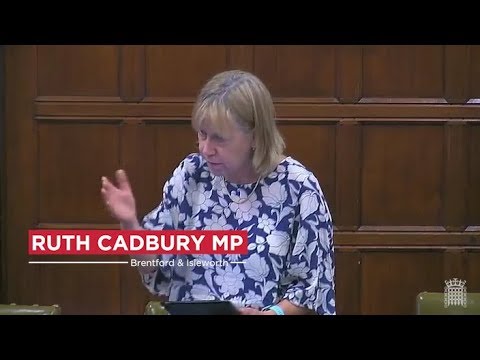 In her question Ruth asked the Government why they could not find someone who was an expert in trade negotiations and who did not have a history of making offensive comments towards women and the LGBT community nor who is a climate change denier.

‘‘Those negotiating our trade deals around the world should represent the British values of decency, equality and fairness- Tony Abbott simply doesn’t represent these values.

It’s baffling that the Government are set to appoint him as a senior advisor within the Department for International Trade, especially at this extremely important moment when our country negotiates new trade deals across the world.

On top of that Tony Abbott is on record as claiming that climate change is probably a good thing. This once again shows how little this Government cares about tackling the climate crisis.

The Government need to fix their act and appoint someone who is actually an expert on international trade and who we can trust to represent our country on the world stage.’’