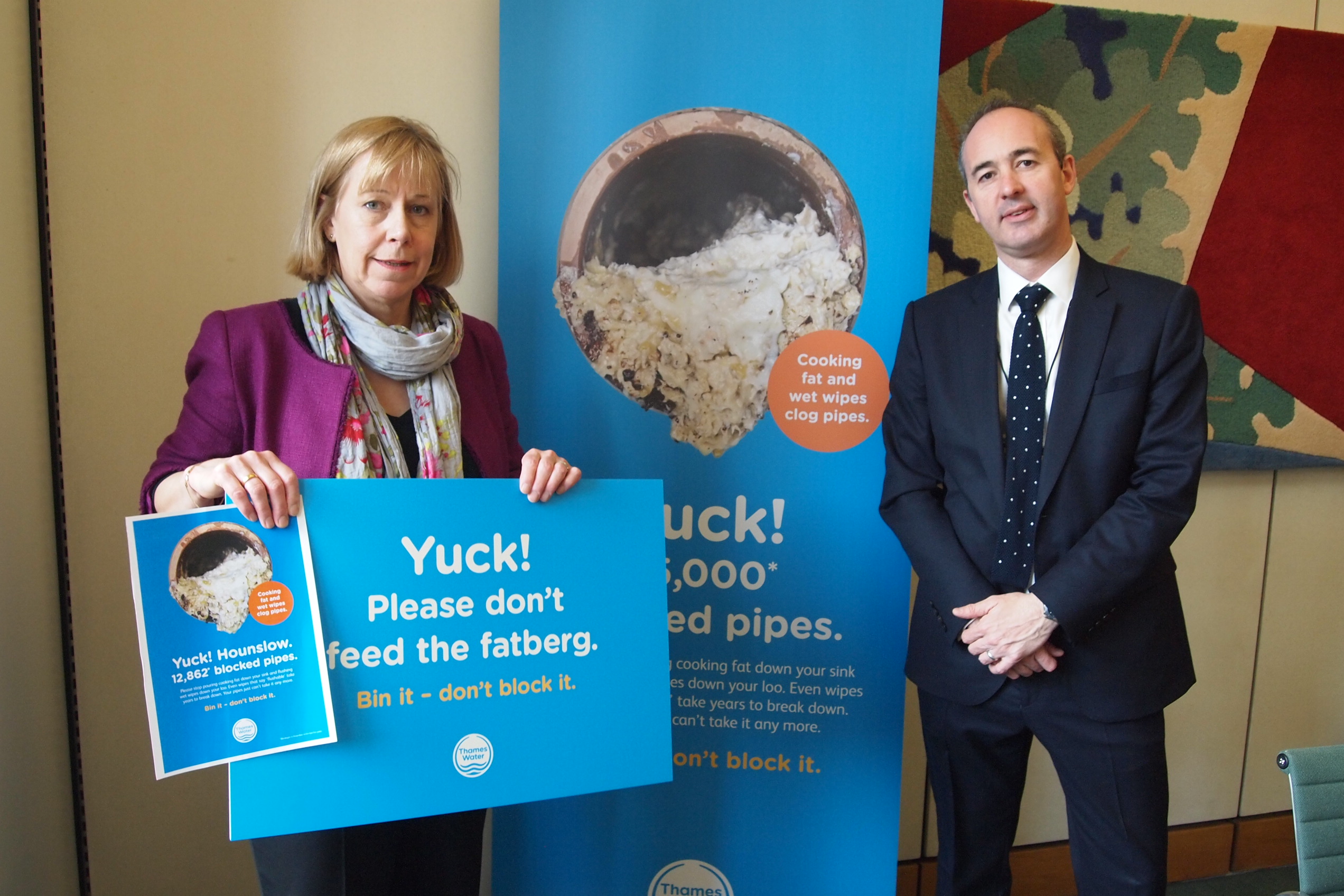 • Brentford and Isleworth MP joins forces with Thames Water to raise awareness of sewer blockages
• Demonstration proves “flushable” wipes don’t degrade in sewers, with only the three Ps flushable: poo, pee and toilet paper
• More than 2,880 blockages cleared from Brentford and Isleworth sewers in the last three years and 23 properties flooded with sewage.

Brentford and Isleworth MP Ruth Cadbury has teamed up with Thames Water in the company’s ongoing battle against fatbergs by calling on residents to ‘Bin it – don’t block it’.

Ms Cadbury spent Wednesday morning in the Houses of Parliament with Thames Water staff, including those who have the eye-watering task of unclogging sewers which have been blocked by fat and items such as nappies, wipes and sanitary products. She also saw a demonstration showing how so-called ‘flushable’ wipes add to the problem when they don’t break down in sewers in the same way toilet paper does.

Thames Water’s head of customer field services Jerry White said: “Sewer blockages are a massive problem that can lead to sewage flooding properties, public spaces and the environment, yet in many cases they’re totally avoidable.

“It’s great to have parliamentary support for our ‘Bin it – don’t block it’ campaign. We hope with their ongoing help and support we can encourage everyone to do the right thing and dispose of their used fat, wipes, cotton buds and other rubbish in the bin and not down the sink or toilet.”

Thames Water clears around 85,000 blockages a year from its sewers in London and the Thames Valley at a cost of around £1m per month. Congealed lumps of fat and wipes weighing as much as double decker buses have been cleared from sewers in some areas, while specially in Brentford and Isleworth the company has tackled more than 2,880 blockages in the last three years while 23 properties have been internally flooded with sewage.

Blockage clearing will often lead to delays for motorists when roads have to be closed and in worst cases work can continue for a number of weeks when whole sections of damaged pipe have to be dug up and replaced.

Ruth Cadbury MP Said: "Ultimately, we all pay water bills and occasionally suffer the disruption of blocked sewers, so to avoid these costly blockages, it's best that we don't pour fat down the sink or flush wipes down the toilet.

I have suggested that Thames Water consider buying used cooking fat from restaurants and takeaways to encourage them not to pour used fat down the drains and hope we can work together to find a solution to this issue which is a real problem in our area.”

Advice on how to prevent blockages is available at www.thameswater.co.uk/binit.