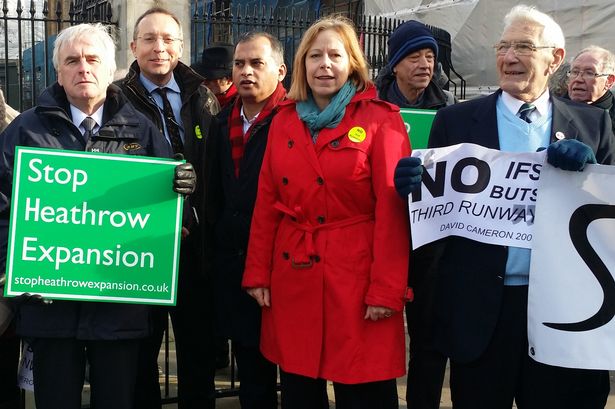 Today, Ruth Cadbury the Member of Parliament for Brentford and Isleworth participated in the noise pollution Westminster Hall debate in Parliament.

Local residents have been writing to Ruth to share their experience of living under the Heathrow flight paths, with concerns being raised about its possible expansion of a third runway. There are currently planes landing or taking off every 60-90 seconds at Heathrow and many residents report that this is harmful on their health and even impacting them at work.

Night flights have been flagged by many residents as problematic for their health, with residents describing the interrupted sleep resulting in ‘sleep deprivation’ which then affects their performance at work. Chiswick resident Carol, said that the impact of night flights was ‘significant’ and many locals say Heathrow should be a better neighbour.

After the debate, Ruth Cadbury MP said ‘This debate was significant because Heathrow is already branded by one of my constituents as a ‘very poor neighbour’. With a third runway being proposed, I don’t see how this situation will improve. The third runway would bring a 46% increase in flights, this will result in more residents suffering from lack of sleep and more children who have their learning experience compromised by noisy flights over their classrooms. Heathrow should listen to resident’s complaints and become a better neighbour, not a bigger one.’

The government’s decision on whether to permit another runway at Heathrow will be announced after the European referendum which is taking place on June 23rd.