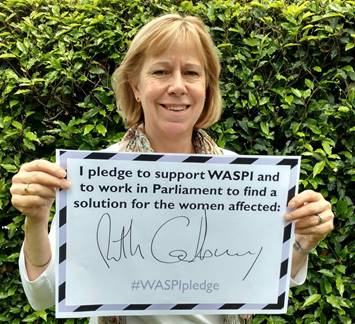 Ruth Cadbury MP has vowed to 'keep fighting to fix this injustice' after the High Court dismissed a judicial review against changes in the state pension age for women born in the 1950s. The High Court ruling upholds the Government's decision to accelerate the age at which at which women receive the state pension to 65 by November 2018, and 66 by October 2020.

These changes were first introduced in 1995 and were then accelerated by the coalition Government in 2011, which mean that 2.6 million women born in the 1950s had their pension age increased.

Speaking after the ruling Ruth said,

''This is an extremely upsetting decision, and I know from meeting local women affected how challenging, and difficult these changes have been. Over 6,000 women in our constituency have been impacted by this increase, and I know that many were not told about these changes.

Some women have lost over £40,000 in pension payments, others have had to take on physical and poorly paid work and some of those who cannot work have been forced to sell their homes.

There are a range of solutions the Government could take- one idea put forward by the cross-party group on state pension equalisation is for a no strings attached payment for all women aged 63 until they reach pension age, along with an extended pension credit for those suffering from hardship.

I am writing to the Secretary of State for Work and Pensions Theresa Coffey to urge the Government to introduce measures to protect women born in the 1950s, and I will keep fighting in Parliament to fix this injustice.''